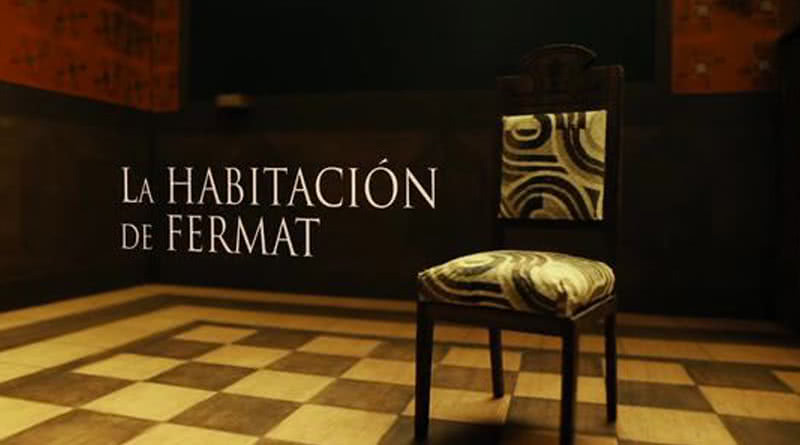 I personally find movies about mathematics very exciting. But don’t take me wrong, I’m not talking about movies with extensive narrations of people who got famous by their mathematical works, but in the movie a total 3.5 minutes spared for their works and essentially looking as if the exact same crew filmed every single one of them. For instance, one of the movies in my mind is a ’98 production named Pi, or, even if not everyone would see it as a mathematics movie, a ’97 production named Cube. I think a machine that shows huge numbers to people and kills the ones that cannot figure out whether they’re prime number or not in a thousand different creative ways should be every high school math teacher’s paradise. They would gladly leave their students there and collect the fittest a week later. “We now can proceed to the trigonometry cube. Those of you who has a complaint please face that wall over there and kneel.” 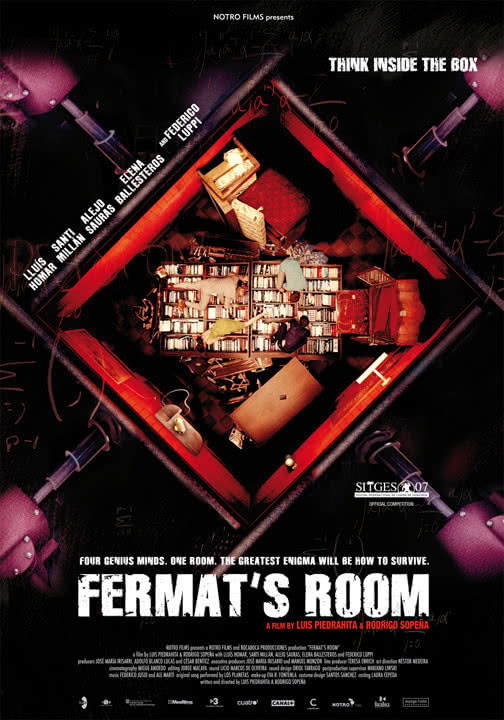 Fig.1. Some would say it is not a bright idea to give away the whole plot on the poster (image: IMDB)

Although Fermat’s Room looks very promising, it’s simply not. If you want to see primary-secondary school level math problems which you probably see on Facebook every day and can answer without even reading the whole puzzle, a murder plan overly complicated, essentially unnecessary murder plan along with dizzying camera work, this is your movie. Go on, watch it; don’t let me stop you. But at least consider this: Why is it so hard to find a movie with 6.7 IMDB score at a higher quality than 480p?

I think the only thing this movie achieved is scattering its lame murder story in between shitty math problems and somehow preventing how bad the two are. That’s why I’m going to look the two separately. “Most talented mathematical geniuses” gets invitations from someone using an nick name, Fermat. In their invitations, they all get their own nick names given by Fermat: Galois, Hilbert, Pascal and Oliva. Because none of them have something better to do, they all decide to participate the invitation. 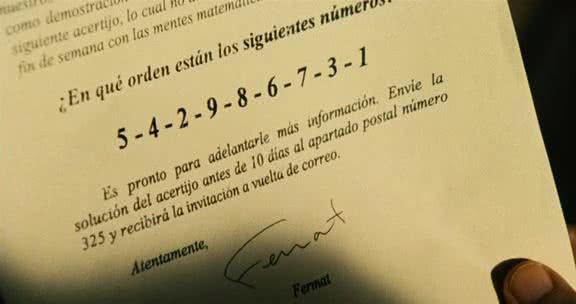 The connections between the characters are as follows:
Pascal, while driving under the influence, hits Fermat’s daughter, causing her to go into coma. However, due to the fact that he is not allowed to see the parents of the girl, and probably Fermat did not give a shit, they do not know each other. 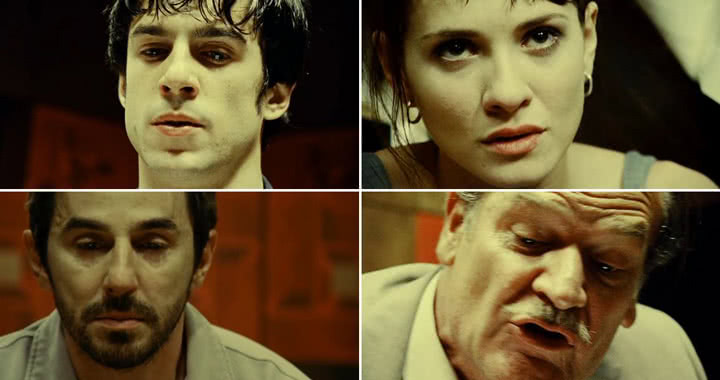 Fig.3. We cannot see every pore because of the technology back then

As for Hilbert, he is a mathematician who dedicated his life to solve the Goldbach Conjecture which says every natural number larger than 2 can be expressed as the sum of two prime numbers. However, as he almost solves the problem, Galois makes a press statement claiming that he solved the problem. But later some burglars break into his house and destroys his works, therefore Galois makes another statement that he cannot present his work at the time, but he will do as soon as possible. In fact, he never solves the problem, but lies, in order to win his ex-girlfriend Oliva. Since Oliva, who is a mathematician herself, the press people, his friends, his instructors at the university, no one ask at least the method he used, the point of actual breakthrough he found or anything for that matter, no one suspects that he might not actually find the solution.

Fig.4. Mathematicians never, NEVER speaks to anyone when they’re solving a problem, ever.

Oliva and Galois broke up due to the fact that Galois believes Oliva cheated on him. Turns out Galois is not wrong. Oliva and Hilbert met each other in two separate ways that is inconsistent with the plot and each other. According to Oliva, they met while playing chess online when Oliva gets beaten which had not happened before and therefore she wanted to meet the person who beat her. She met him under extraordinary circumstances namely on a boat party where “things happened that would be seen as illegal in every country.” However, according to Hilbert, they met when Hilbert was e-mailed the person who solved the Goldbach Conjecture before he did, and instead Oliva replied. In the movie, Oliva does not object to this story, she does not even react to it. Maybe she did not want to confront a homicidal maniac, we do not know. But Hilbert’s story is inconsistent with the plot, and we’re left with it. Galois lies to win Oliva back but Oliva and Hilbert actually meets after Galois lies. Why did they got separated in the first place then? May tables of integrals fall onto all of you. 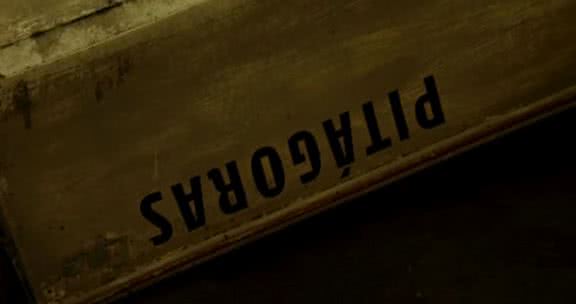 Fig.5. There’s no end to the references found in the movie. So far there’s 4 and increasing.

Anywho, although finding the solution to the conjecture in the meantime, instead of publishing it, he decides to murder Galois, Fermat and Oliva because he assumes that it is not the publishing first that counts, it is the statement that claims to be solving counts.

His plan is something like this:
1. Buy four industry grade hydraulic presses and install them to each wall of a room in a way that when activated the room gets smaller and smaller and ultimately crushes everything inside.
2. Send everyone an invitation consisting a puzzle of arbitrary difficulty (if everyone cannot solve the puzzle or actually take it seriously the plan collapses)
3. Give everyone nick names, and write everyone under the name Fermat. But give Fermat name to another invitee. (When met if anyone asks Fermat about his invitation, the plan collapses)
4. Cause Fermat to leave the place completely (if anyone leaves because the host left, or asks “how to proceed” the plan collapses)
5. Plant a poison to Fermat’s car to be activated when he wears his safety belt. And do this during your two minute phone call with him.
6. After locking the remaining invitees in the room, send puzzles to a PDA inside the room, giving time to solve the puzzle, and if the time given ends, shrink the room until they supply the right answer.
7. When the room shrinks enough, escape via a service lift hidden on one of the walls, behind the blackboard (if one of them prevents him from escaping the plan collapses)

Of course, his plan does not work and our heroes successfully escape via the service lift, also taking his solution with them and leaving him behind. But they throw the solution to a lake making sure that neither Hilbert, nor one of them uses it to get famous. We do not actually know what happens to Fermat, but he probably used his safety belt sooner or later. Maybe while taking her daughter home, after she gets out of coma, who knows?
So, the movie ends with giving the lesson “if you solve a major mathematical problem, it would be wiser to publish it instead of mass murdering people.” There’s also a side lesson that is “if you seriously injure someone while driving drunk, there’s always a chance that you’ll get away with it.” Lessons learned. 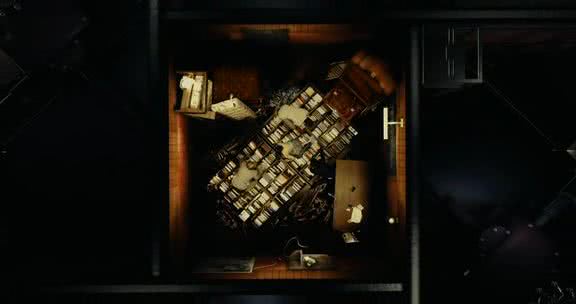 Fig.6. Due to esoteric meetings, life expectancy of a regular mathematician is just a mere 35 years

So, since you’re already here, I’d like to address the puzzles in the movie which are also daily clickbaits in social media, seemingly mathematical but actually cheap word plays. I for one get angry at these, every time due to the information they knowingly hide or distort. The solutions here may at least be a guide for your future clickbaits.

Question 3.
A sweet seller receives three opaque boxes. One box contains mint sweets, another aniseed sweets, and another a mixture of mint and aniseed. The boxes have labels which say “Mint”, “Aniseed” or “Mixture”. But the sweet seller is told that all the boxes are wrongly labeled. What is the minimum number of sweets the man will have to take out to verify the content of each box?

Soru 4.
We see a number of ones and zeros for this puzzle. This one do not have a trivial solution. However, a square is given as a rectangle, and this makes it a bit harder to solve. One of the characters says “It’s 169, you know what 169 is, don’t you?” Yes, we do. Thanks for asking.
However, there are 156 numbers seen on screen, not 169. Well, 13*12 is close enough. Let’s see what we can do.

Question 6.
“How can you time a period of nine minutes, using two sandglasses, one of four minutes and one of seven?”

Question 9.
“The mother is 21 years older than the son. ln six years he will be five times younger than the mother. What’s the father doing?”